Malindo Air is saying hello to 2016 with a big bang! Up to 1 million promo seats up for grabs for your traveling period from 5 January until 1 November 2016, starting from all-in fare RM59* onwards. Book your ticket today!

*Promotion is subject to availability and not applicable for embargo periods i.e. school holidays and public holidays.

*Arrival tax is excluded for flights to Delhi and Perth. 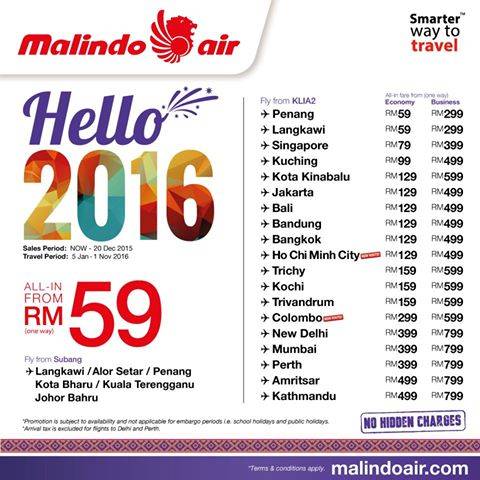 Book your tickets via online booking at MalindoAir.com