Fly with Malindo Air with the lowest fare this week from all-in fare RM59* (one-way) onwards to domestic destinations such as Langkawi and Johor Bahru. Hurry and plan your getaways between 1st September and 20th October 2014. 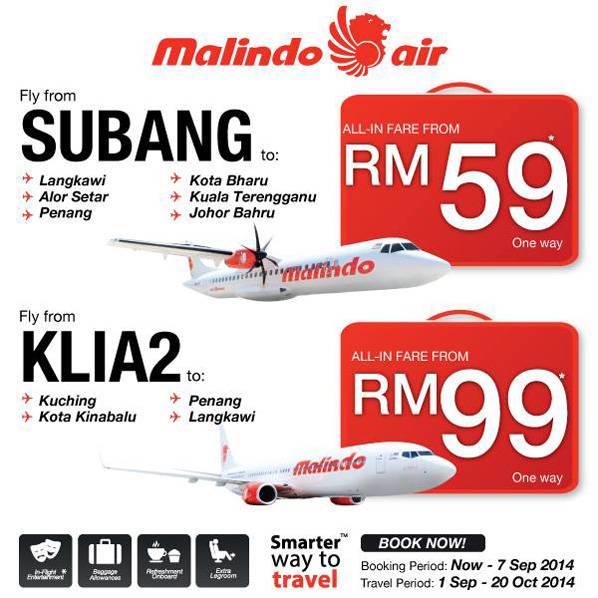 Now you can book tickets via online booking at MalindoAir.com