Malindo Air is now flying to Sibu and Miri with all inclusive fare from RM98 for Economy seats. Flying to Tawau from KL will be charged for RM138 (Economy seats). If you prefer to travel in comfortable experience, you may choose Business seats with all inclusive fare from RM499 for all three routes. Malindo Air is the first Malaysia’s hybrid airline which offers affordable fares and services such as complimentary check-in baggage allowance up to 15kg, in-flight entertainment with movies and TV programs at no additional cost. 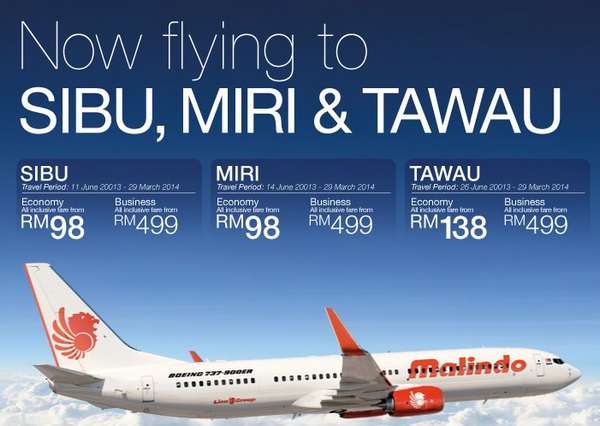 Promotion period: from 8 May 2013 onwards

Check out the below Malindo Air fares & destinations:

Guests can book the above Malindo Air promo tickets now via online booking at MalindoAir.com.